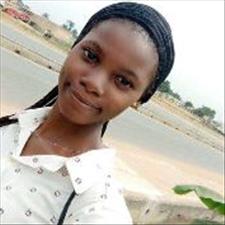 A soul full of glee

In a vicious world

Beyond the boundaries of
the world lies a spot where success and failure are smoothly entwined
Where our past and future form an infinite loop
Waking up each day to face life's obstacles
And seeing the sun sailing across the sky
Brings a reminder that life happens...
Still cold but a lil bit warmer
I smile
As I watch tranquility boiling down a large cauldron bowl in my heart...

No one knew his form of existence, but he existed He created things, yet decided to create a being in his effigy
Based on a mere suspicion that he had supernatural powers, he earned his sovereignty
What more could you ask for, he had everything...

Seeming satisfied with his work coupled with dismal situation
He watched in awe how the best of his creations despised him
How compassionate, loving and selfless he was
To withhold his wrath upon us...

What's as infinite as the love of a man who sent his only son to pay for our sinful price?
What's as heartfelt as a kind of love not connected with plutocracy?

God is love; the only source of Agape love
Despite our struggles to depict this love, it comes naturally to him
It's an integral part of Him that portrays his character
We can only possess this kinda love by loving without expecting anything in return...

Agape love isn't just a feeling, it's a choice
One right choice can catapult ur success story
One wrong choice can roll away ur endless achievements
Choices are stepping stones into the future...