Usman Tijani
Biography: I am a budding poet: leaping for creativity.
View All Usman Tijani Poems.

“We have waited for centuries!”;

To make this global announcement.

“The icebergs in Antarctica are melting

Faster, thousand times faster than ever.

Dormant volcanoes are ready to purge

Than the active ones. The Earth's surface

Are flat, no highlands or lowlands.”

Rivers have no catch, fishes have cursed

The ground, Pacific ocean has evanesced;

Except the salty Red Sea that calls for famine.

High rate of cannibalism, in

South America and Western Africa and

Gradually spreading to Asia and Europe.

Human race is ‘in threat’ of extinction.

No one is exempted from this plight,

This is the time to stay stronger as One.

Any minute from this moment,

We could be invaded by one-man-army!

(The Incoming of Antichrist).

He is back to conquer and as

To release a Video before his arrival.

This is it and (report has it that)

He was recently seen in Dubai–

A “dire” never predicted by geophysicists.

Its brightness touched every corner,

And landed safely on Statue of Liberty.

With a fixed eye on forehead

And zero nostrils and ears; he's

The weirdest alien ever witnessed by man.

And suddenly, the televisons twitched...

His horrible face covered the screens,

Deduced his moving cheek for a voice.

It translated to available earthy languages.

It aired for just 7 seconds

And his words were;

“I am the Antichrist, the one-eyed God

Of Life and Death, you worship me,

You get exalted, you dare me, you

Die a million times with no burial!”

And there was total blackout.

The streets Of Israel and Palestine;

Same as in Soweto and Lagos,

Same in Berlin and Brussels.

As Christ waited with his Sword

He threw his helmet and rage towards

Antichrist who had killed his own followers.

On his chest was a hebrew tattoo

The Lord of Armageddon 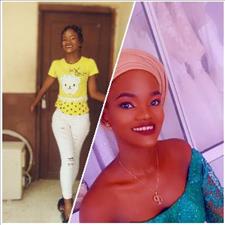